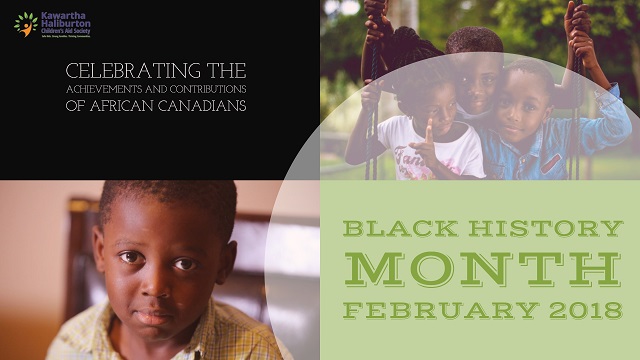 Every February, during Black History Month, we have an opportunity to celebrate the many achievements and contributions that African Canadians have made to this country as well as their lived experiences throughout history.  Many festivities and events are held during the month to honour the legacy of Black Canadians both past and present.

For Black History Month 2018, the Government of Canada has chosen to highlight the theme of Black Canadian Women:  Stories of Strength, Courage and Vision.

In December of 1995, the House of Commons officially recognized February as Black History Month in Canada following a motion introduced by the first Black Canadian woman elected to Parliament, the Honourable Jean Augustine. The motion was carried unanimously by the House of Commons.

In February 2008, Senator Donald Oliver, the first Black man appointed to the Senate, introduced the Motion to Recognize Contributions of Black Canadians and February as Black History Month.  It received unanimous approval and was adopted on March 4th, 2008.

People of African descent have helped to shape this nation’s identity since the arrival of Mathieu Da Costa, a navigator and interpreter, whose presence in Canada dates back to the early 1600s.  However, we haven’t always recognized the role of African Canadians in our history.  For instance it may come as a surprise to learn that some of the Loyalists who came to Canada after the American Revolution and made their home in the Maritimes were Black or that Black Canadian soldiers served in wartime as far back as the War of 1812.

Few are aware of the fact that African people were once enslaved in the territory that is now called Canada, or of how those individuals who fought slavery helped to lay the foundation for the diverse and inclusive society that now helps to define us as Canadians.

The Ministry announced the newly approved and available COVID-19 vaccine for 5 to 11 year olds. Please click on the links below for some ...

Statement for Community Partners re: Delivery of Service

March 30th, 2020 To Our Community Partners; In order to support the health and safety of all of our employees, foster parents, volunteers as ...

IMPORTANT NOTICE: Children’s Aid Societies and Indigenous Child and Family Well-Being Agencies in Ontario ARE continuing their child protection services. We are NOT closed. ...

We are proud members of the following organizations